I’ve had a chance to go out riding a little lately, what with the recession and all, and the last two times i have gone out to ride with people both those people have crashed…is it me? Cursed? Am I careless? Do I cause this?  I hope that I or at least someone can learn from all this misery around me.

My wife and I went to my hometown to visit my mom and bike around…(a very windy day)and while climbing “the Wall” (a 19% grade ) my wife fell. She wasn’t hurt but was a little annoyed. She wasn’t going fast enough for any serious injury and that might just have been the cause of her mishap. Gravity! When it comes down to it, gravity is why we crash. While riding, we’re relying on the gyroscopic forces of our two skinny wheels along with our ability to balance and control our bike, as well as a bunch of other physics that I don’t care to explain. The fact is, if any of it goes out of whack,(loss of gyroscopic force) gravity wins.

My wife’s cousin and I decide to skip spinning class and go for a ride instead. She is a rookie and doesn’t have a road bike of her own, so she will ride my wife’s orbea with a set of pedal cages. I am leading this ride and decide a “ride for pastries” will be of sufficient distance. We ride…We eat..We start for home and about halfway back I accelerate to get into the lead and make a right and totally come across her front wheel. I feel the contact, slow and look back only to see her wobble then fall/slide as if the bike had bucked her off. She seemed ok at first glance, the way she got up so quickly. After a second I saw her wince in pain. She was definitely hurt! I helped her clean her wounds and inspect for other injuries, praying all the while that she was ok and that the whole experience hadn’t turned her off from cycling in general. We finished our ride back home, all be it allot slower, and the fun then began of cleaning the debris from all her wounds and bandaging them up. It was a good thing that she was wearing her helmet because her head was the only thing that she didn’t scrape up. The whole crash was my fault because I rode with her as if she was a seasoned cyclist used to riding in a group. I didn’t announce my intentions before my turn and she didn’t know what to expect, being she had never ridden in a group before. Every one crashes sooner or later too bad because of me she had to crash sooner.

Crashing is a fact of cycling but often can be avoided if you have good habits and good handling skills. It's no coincidence that experienced cyclists tend to crash less than beginners. After years of racing they've developed instincts for avoiding danger.

One important habit is monitoring your front wheel so that it rarely overlaps the rear wheel ahead of you. If your wheels overlap and the other rider makes a sudden move -- to pull out of the paceline, to attack, to avoid a pothole -- your wheels will strike and it's going to be you who pays the price.

That said, should the paceline slow, there's no need to slam on the brakes in order to avoid the overlap. Rather than panic and cause trouble, coast and hold your line until you can get back behind that wheel.

Another good habit: Monitor your "outs." At any given time, you need to know what you'd do should there be a crash ahead of you. Can you escape onto the shoulder? Is there a curb or a driveway you can ride onto? Are you completely boxed in? Then you might want to find another spot to be. Like in front of me.

Email ThisBlogThis!Share to TwitterShare to FacebookShare to Pinterest
Labels: Riding 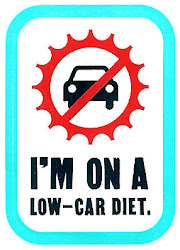 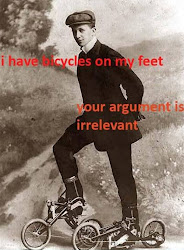